Liberators: The Allies and Belgian Society, 1944-45

In the autumn of 1944, Belgium was liberated at lightning speed.

Yet Allied troops continued to dominate much of Belgian society until late 1945. Peter Schrijvers’ revisionist account reveals that during that time, strong currents of discontent began to build beneath the waves of gratitude and admiration. Chronic shortages of food and coal, rampant venereal disease, and deteriorating discipline led the Belgian population to lament ‘from the liberators, oh Lord, liberate us’. Despite all this, however, the countries and cultures that the Anglo-American troops represented still exerted substantial attraction and influence, causing them to have a lingering impact on Belgian society in ways that would set the tone for the remainder of the turbulent twentieth century. Using newly discovered material from the Belgian state security archives as well as testimonies of the liberated, this book vividly reconstructs the largely unknown history of Belgium’s liberation era. 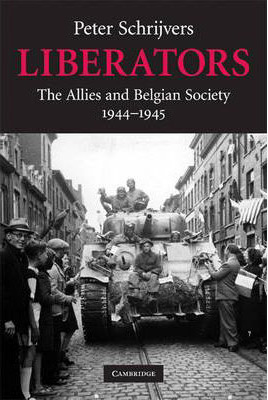