The Unknown Dead: Civilians in the Battle of the Bulge

Traditional histories of the hard-fought Battle of the Bulge routinely include detailed lists of the casualties suffered by American, British, and German troops. Conspicuously lacking in most accounts, however, are references to the civilians in Belgium and Luxembourg who lost their lives in the same battle. Yet the most reliable current estimates calculate at approximately three thousand. the number of civilians who perished during the six weeks of fighting. Telling the stories of ordinary people caught up in the maelstrom of war, The Unknown Dead surveys this crucial battle and its consequences from an entirely new perspective. Renowned historian Peter Schrijvers, a native Belgian, describes in vivid detail the horrific war crimes committed by German military units on the front lines and by Nazi security services behind the battle lines, as well as the devastating effects of Allied responses to the enemy threat, including massive bombings of small towns.

During the offensive, inhabitants of the villages of this region of Belgium lived in a state of chaos. Countless men, women, and children were killed in cold blood for aiding American soldiers, and the GIs themselves were often highly suspicious of German-speaking Belgians. Local services ground to a halt, and citizens formed volunteer groups to obtain water and meet other basic needs. Even after the violence had ended and the postwar reconstruction had begun, the small communities remained in turmoil. The countryside was dotted with abandoned land mines and explosives, and the emotional tension between civilians and battle hardened veterans often took years to dissipate. Based on recently discovered sources including numerous personal testimonies, municipal and parish records, and findings of the Belgian War Crimes Commission, The Unknown Dead vividly recounts the experiences of innocents in the violence of one of World War II’s seminal battles. 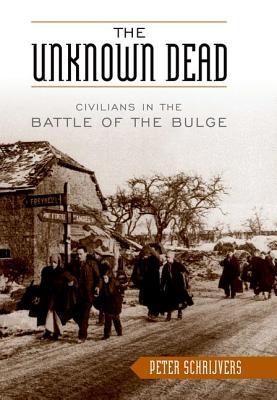