The GI War Against Japan

The GI War Against Japan: American Soldiers in Asia and the Pacific During World War II

Even in the midst of World War II, Americans could not help thinking of the lands across the Pacific as a continuation of the American Western frontier. But this perception only heightened American soldiers’ frustration as the hostile region ferociously resisted their attempts at control.

The GI War Against Japan recounts the harrowing experiences of American soldiers in Asia and the Pacific. Based on countless diaries and letters, it sweeps across the battlefields, from the early desperate stand at Guadalcanal to the tragic sinking of the U.S.S. Indianapolis at war’s very end. From the daunting spaces of the China-India theater to the fortress islands of Iwo Jima and Okinawa, Schrijvers brings to life the GIs struggle with suffocating wilderness, devastating diseases, and Japanese soldiers who preferred death over life. Amidst the frustration and despair of this war, American soldiers abandoned themselves to an escalating rage that presaged Hiroshima and Nagasaki.

The GI s story is, first and foremost, the story of America’s resounding victory over Japan. At the same time, however, the reader will recognize in the extraordinarily high price paid for this victory chilling forebodings of the West s ultimate defeat in Asia and America s in Vietnam. 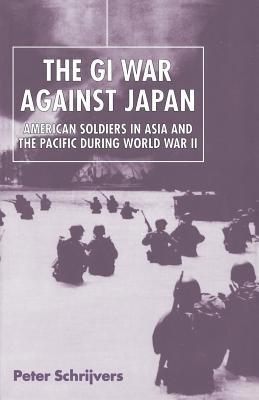